Changing of the Guard at Awards Night 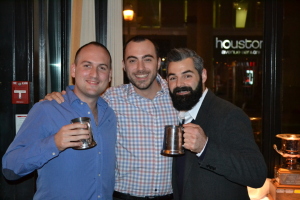 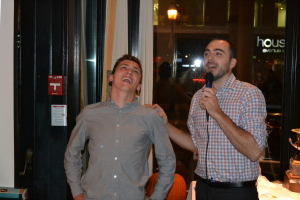 The annual Dingos Awards Night was held this past Saturday in downtown Toronto at Le Marche in Brookfield Place.  As with all Awards Nights, it was a time to reflect on the season gone by and to honour those players who led the club, both on and off the field.

With 2016 being somewhat of a transitional year for the club - a number of veteran players stepped back while new blood led the club - it was expected that the evening would feature some first-time winners.  And the evening did not disappoint.  Canadian Michael Bocian held off veterans James Duggan and Dave Wells in a tense vote count to claim his first Stewart award, while Aussie Rob McNaughton took home his first Stewart Award as well.  Joining them in winning awards for the first time were Daniel Gunn, Greg Gilbert, and Justin Davis.

The evening also featured the induction of a new Life Member of the Toronto Dingos - Jamie Prescott who was a key Canadian both on and off the field, serving on the Executive for five years before retiring in 2006.

Huge thanks go out to Dave Wells for organizing the evening, Spider Wells for serving as MC and capably guiding the lads through the vote count, and for Le Marche for their incredible treatment of the 40+ Dingo players, wives, girlfriends, and alumni.  A fantastic evening.

Photos of the night can be found HERE.

ROOKIE OF THE YEAR - Thomas Santibanez-Espinoza