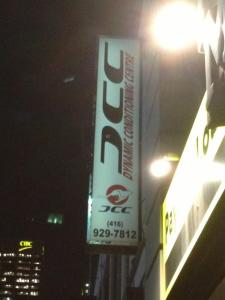 The Dingos preseason began last Thursday with a light run around Casa Loma. The run was a great success, with several new faces coming out to take part in the first event of the Dingos' 2013 campaign.
The team then hit the Dynamic Conditioning Centre on Monday night for the first of many core strength and circuit training sessions. This was one of the Dingos biggest ever turnouts at the DCC, with over 20 people in attendance, many of them new recruits.

There will be another run tonight (Thursday) at 8pm starting at the SportsCentre Cafe, and another DCC session on Monday before the Dingos hit the Upper Canada College dome for some indoor football next Thursday night.

The preseason schedule for the coming few weeks is as follows:

DCC: Monday nights at 8pm. Check out their website here.

As always, everybody and anybody is welcome to attend these sessions, regardless of experience or knowledge about Australian football. If you'd like more information, send an email to coach@torontodingos.com.