IN THE PRESS | Woodend/Hesket shows no mercy 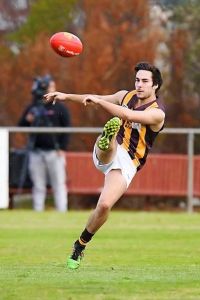 Woodend-Hesket has kept its finals chances alive with a thumping win over cellar-dwellers Rockbank in the Riddell District Football League.

Hawks coach Tom Carland said it was hard to read too much into the result, and paid credit to the Rams for some strong efforts in a trying season.

“They’re a club that’s obviously struggling, but full credit to them for fronting up every week because it would be a slog,” Carland said.

Read the full story via the Star Weekly website - https://bit.ly/2XtHQwh