IN THE PRESS | Club heads up health 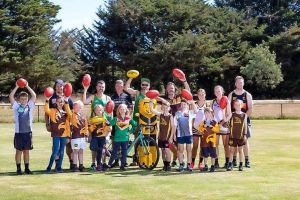 Schwass, who played for North Melbourne and Sydney suffered mental health issues during his playing career.

He has since started Puka Up, a social enterprise dedicated to raising awareness about mental health, emotional wellbeing and suicide prevention.

Read the full story at the STAR WEEKLY.