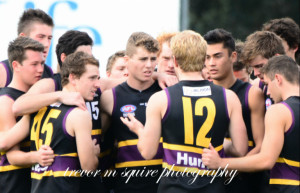 The Murray Bushrangers Kelly Club Membership  forms a vital part of the ongoing success of our program that continues to produce the very best footballers in country Victoria, many of whom go on to bigger and better things both in the AFL and in major leagues throughout Australia.

The Kelly Club plays an important role in enabling our programs to run efficiently and successfully. We look forward to your continued membership and trust we will see you at some of our games this season

Below is a list of membership benefits for Kelly Club members for season 2015.

If you have any queries about this membership, please do not hesitate to contact Talent Manager Lee Fraser on 0402 414 476 or via email lee.fraser@aflvic.com.au;

Find below a copy of the Membership Application Form