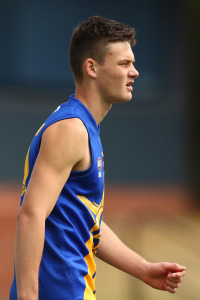 After a disappointing loss to the Dandenong Stingrays last week, the Jets are looking for redemption this Saturday when they take on Geelong in Werribee. Geelong hasn't performed well this year but injuries and suspensions for the Jets have more than levelled the handicap. The Jets will be without Spencer Johson who has copped a three-week suspension from his game against Dandenong. Also, key players Zen Christofi, Josh Kellet, and Daniel Bolkas are sidelined by injury. Questions of how deep the Jets depth is will be revealed this weekend as a hard contest is near assured this week against the Falcons.

Jess Clarke vs Kyle Borg
Borg has been a bit quiet of late, but now he faces a tough halfback flanker in Clarke. Clarke is a player that works overtime in defence, he's the Falcons number one player for disposals, marks, and defensive rebounds. On paper Borg is definitely the underdog, but Borg may surprise come game day. The crafty goal sneak is yet to show his best.

Oliver Henrey vs Lachlan Phillips
Phillips may have his hands full on debut if he is matched up against the Falcons' spearhead up forward. Henrey has kicked 12 goals for the season and if he takes advantage of the Jets new rookie things could turn ugly. However, there are some players that shine on debut.

Sheldon Ham vs Darcy Cassar
Cassar seems to be getting better each week, he reads the play remarkably well and hangs tough when the backline turns into trenches. This week Cassar will face a new test, with fellow defender Josh Kellett absent, he looks to be Westerns' best defender. Ham has been one of Geelong's consistent half-forwards even though he may fall under the radar. However, Cassar hasn't missed a beat all season and should give Ham a run for his money.