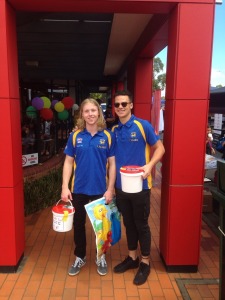 Yet again the Calder Cannons and the Western Jets will do battle for the McDonalds Cup in Round 18.

This match at RAMS Arena marks a special occasion as following the match there will be an after match function up in the social facility at RAMS Arena with presentations to be made and also an auction occuring will all the proceeds going towards ill kids at Ronald McDonald House.

The Western Jets will also be assisting on McDonalds McHappy Day on Satuday, October 14th as we do every year to support what is a wonderful cause.