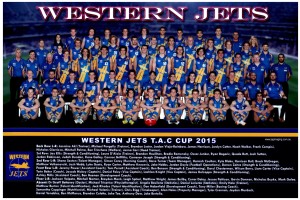 Matches will be played at Crofts Reserve Altona North on both Tuesday's and Thursday's throughout the second term school holidays by players of the ages of U/14, U/15, U/16 and U/17. These matches will assist the Western Jets in selecting Winter and Summer Squads for the remainder of 2016 and also for the 2017 season.

Invites will be sent out to those players who have been identified in the coming weeks. More information on these games will become available soon.