Romensky & Venables earn place in TAC Team of the Year 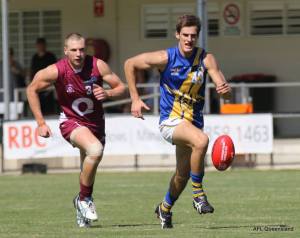 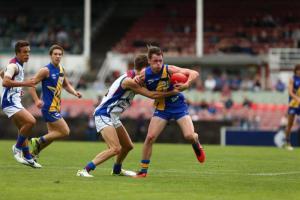 Congratulations to Brodie Romensky and Daniel Venables who were last night named in the TAC Cup Team of the Year at the Morrish Medal.

Brodie was named in the back pocket in the Team of the Year after a very consistent 15 games for the Jets in 2016. Of the 15 games Brodie played he was named in the best players on 12 occasions. Throughout the course of the 2016 season Romensky also represented Vic Metro in the AFL U/18 National Championships and played for VFL affiliate Williamstown on two occasions as the 23rd player in their senior side.
Daniel Venables was named on the Half Forward Flank in the TAC Cup Team of the Year. Daniel only made three appearances this season for the Jets, in two of those matches he was in the best players and kicked six goals with two bags of three against Oakleigh and Queensland. Daniel represented Vic Metro in each of their matches in the AFL U/18 Championships and was a strong performer in the carnival earning U/18 All Australian selection in the forward pocket. Daniel also played school football for Penleigh and Essendon Grammar.

Congratulations to both boys on their selection!