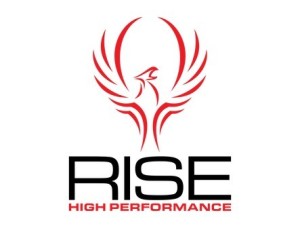 MEDIA RELEASE – RISE HIGH PERFORMANCE PARTNERSHIP ANNOUNCEMENT
The Eastern Ranges Football Club and Rise High Performance have announced a new partnership
that will see Rise HP become a major partner of the club for the 2018 season.

Rise High Performance delivers industry leading performance and athletic development services. All
Rise HP staff has extensive experience within the adolescent athletic population as well as the AFL,
AFLW, TAC Cup, Tennis Australia, NPL Soccer and the USA College System. Rise HP has a strong
culture of fostering the continued development and progression of both athletes and their staff.

Rise HP is a team of Exercise & Athletic Development professionals that have experience in building
performance qualities. These include strength, speed, power and agility on a solid foundation of
athletic movement competency and skill, facilitating improved performance and reduced injury risk.

Eastern Ranges Talent Manager, Len Villani, said the Club is delighted to formalise a relationship
with an organisation that shares these values.

“The Rise High Performance philosophy of Long- Term Athletic Development and building of relationships to ensure outcomes resonates with the club and its values. We share a view of creating and sustaining meaningful relationships with our players, our staff and the community which lead to
positive outcomes both on and off the field”.

“We are looking forward to working with the team at Rise High Performance and forging a strong
working relationship into the future.”

Rise High Performance Manager, Keegan Ziada said, “Rise High Performance is excited to partner
with the Eastern Ranges Football Club and be part of their elite player pathway, assisting athletes in
fulfilling their full potential both as athletes and as people. Our goal is to foster relationships with
community organizations such as Eastern Ranges, allowing us to bridge the gap and deliver elite
level practice to developing and high performing athletes within the local community”.

Rise HP was officially branded in 2014 and aims to provide comprehensive service offerings from
screening, assessment and athletic testing through to performance enhancement and injury risk
reduction.

To find out more about Rise High Performance and their services, visit www.risehp.com.au