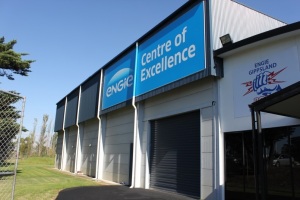 Gippsland Power Football Club covers the area from Pakenham in the west, down through South Gippsland (including Phillip Island), West Gippsland, Latrobe Valley and East Gippsland including Orbost, Mallacoota all the way to the NSW border. Geographically it is one of the largest regions in the TAC Cup competition

In 1995 Francis joined Gippsland Power as the head coach. He took the club to the grand final in 1999 and developed a number of future AFL champions such as David Wojcinski (Triple premiership player with Geelong), Robert Murphy (Western Bulldogs), Leigh Brown (Collingwood premiership player) and Luke Ablett (Sydney premiership players).

In 2001 Francis moved to the role of Talent Manager (taking over from Ray Byrne). Season 2017 will mark his 17th year in the role, and 23rd year with the club.

In 2012 Francis was honoured with life membership to the club for his dedication and service to Gippsland Power.

Gippsland Power is centrally located at the Morwell Football Ground in Travers Street Morwell. In 2010, through sponsorships and generous donations from the local community, the Gippsland Power Centre of Excellence was built to provide players and support staff with elite level facilities for use on training and match days.

To view more photos of our club, go to Photo Gallery>>https://websites.sportstg.com/gallery