Article from the AFL Footy record this week 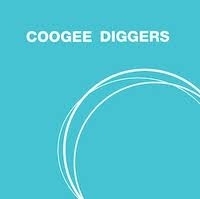 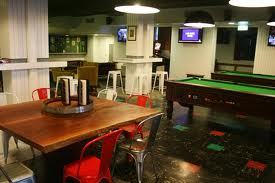 The Randwick City Saints have been one of the busiest clubs over the off-season with a name change, a new major sponsor and the formation of a new women’s side to complement their three senior sides.

Formerly Saints a.f.c, the reason behind the name change according to club secretary, Andrew Blakemore, was to connect better with its stakeholders.

"We pride ourselves as a community based club so having a location based name was important for a number of reasons like sponsors and player attraction," Blakemore said. "Given our drawing area, ground location and links with local juniors plus the great support from our local council the name was a fairly logical choice for us. Having the name connection has already been a big factor this sea-son on a number of levels such as attracting a new major sponsor in the Coogee Diggers club.

The club prides itself on sustainable growth and a strong relationship with junior club, Maroubra Saints helped pave the way for the formation of the Randwick City Angels women’s side.

"A couple of the partners from our Saints side were past players and were keen to pull on the boots again plus our local juniors the Maroubra Saints have also started girl youth teams in the past year or two," Blakemore said. "We were keen to promote a women’s senior side as a pathway as it fits with the inclusive community-based philosophy of the club."

Blakemore was impressed with the preparation of the women’s side heading into their inaugural year. "Numbers have been very good especially for a team starting from scratch with most players new to the Sydney women’s competition and a number to AFL in general," he said. "We have a great coach in Kaya Thompson and she has got a great support crew.

"The Angels have also been well supported by the men from the Saints and we have been training together since before Christmas."

Blakemore is also bullish about the hopes of the senior Division Three side that impressed many on the way to a Preliminary Final berth. "We had our coaching and leadership group organised a lot ear-lier with James Van Beek returning as senior coach so that meant we had a much better preseason this year," he said. "We have recruited pretty well and retained the majority of our list from last year.

"Our player numbers are pretty good so having more depth will help as well.

"We have some strong opposition with Blacktown, Sydney University and Gosford being among the challengers. Finals would be a good result for us."

With all of the changes over the off-season, Blakemore noted the club is keen to keep the momentum running.

"We want to really consolidate the structure of the club now we have the women’s and Under 18s sides as well as the two men’s sides and to build up the support, sponsorship and volunteer side of things," he said.

"Ultimately we want to reinforce our standing as a well run and respected club in our community where people can come and enjoy AFL as a player, volunteer or spectator.