When Tayt Corless ran onto the field for his 200th game for the Penrith Rams Reserve Grade in Round 3 against Holroyd-Parramatta, he became part of an elite group to achieve the milestone - only 19 players have reached the mark in the club’s 39 year history.

Of those 19, Jay Edwards retired at the end of 2018 on the back of a premiership, whilst five others have turned out for the Rams this season - Nathan Wright, Josh Anasis, Christian Triffit (who is the 2019 clubhouse leader for total career games), Alan Prowse and Luke Donoghue.

Tayt celebrated the occasion against the Rams’ long-term adversary in the best possible way - by kicking 5 goals in a 47 point win, his most productive return since his career best 9 goals against Moorebank in 2014.

This is Tayt’s 20th season into his football journey. He started with the Emu Plains Junior AFC in 2000, the year that club (and indeed the inaugural Western Sydney junior association) formed. Getting that club off the ground, among others, were current Rams administrators David Nolan (with wife Kim) and Tayt’s father Greg. Being the consumate statistician Tayt says he played 124 games with the Lions, although “I don't know why I know that number lol”, he added.

Tayt first tasted Under 18s football with the Rams in 2006 (the same year that Sam Lockhart and Josh Anasis started with the club - it was also the year the 18s moved back under the Penrith senior club’s control after the Greater Western Power venture). He played 18s full-time in 2007 & 2008, in the latter season making his senior football (and Senior Grade) debut with the club. He was also rewarded with the captaincy of the 18s in that season. Tayt in total played 36 games and kicked 16 goals in the Under 18s.

2009 was a transitional year for the Rams, with the introduction of the divisionalization system, while 2010 saw the club move into a very successful phase. In both these years, Tayt played primarily Senior Grade footy, culminating in the losing 2010 Grand Final.

Moving to Reserve Grade in 2011, he unfortunately again struck out in the big one. He finally found success in 2012, playing in Reserve Grade’s premiership triumph against Gosford - as well as winning that grade’s leading goalkicking award and also passing the 100 career game mark during the season.

In 2014, Tayt won the Players’ Player award in Third Grade, but unfortunately the side went down in the Grand Final to Blacktown. The next season, he was appointed skipper of the Third Grade, celebrating the season with the Best & Fairest award. Unfortunately, 2015 ended abruptly for him when he fractured his sternum in the Qualifying Final.

Regarding that day Tayt told me - “It’s the worst injury I have had and the hard part was trying not to cry in front of everyone when it happened - being the toughest guy at the club and being known for that has its burdens (hahaha!). That injury was really the only thing that ever stopped me playing - and that was only briefly because it happened in a final, so I was back at it the next season”.

In the subsequent years Tayt has continued to run around in Thirds and Reserves, playing further finals in 2016 and 2018. He is currently on the verge of joining only a handful of players to have reached the 100 game milestone for Reserve Grade and is one of an equally select group to have kicked 100 goals in Ressies. 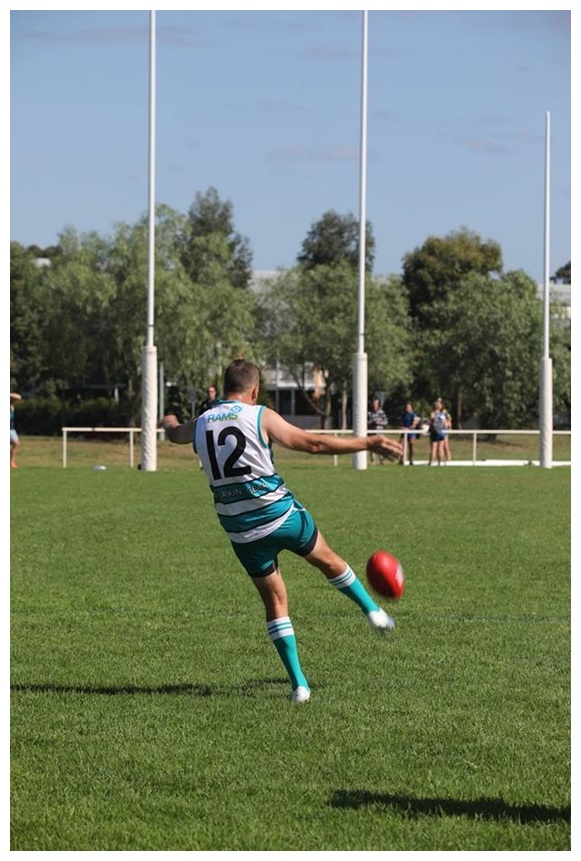 Tayt is a self-confessed “forward seeking glory” - he added “but occasionally I was pushed into the midfield when I started kicking too many goals or when Kev Kirk wanted to take back the goal tally lead after a week off with injury”. His career tally sits at 226 goals, only one of 7 players to have achieved this double century mark.

Memorable games?
“I don't think anything can top winning the flag in 2012, but other than that the most memorable games have been the tough fought wins against Nor West or Blacktown - those two clubs being our biggest rivals”.

Future plans?
“I don't really see myself stopping just yet. It's more so the fact that I need to get fit again, because the game comes easier and is more enjoyable when you have more of an impact. But it's one thing to say that and another to act on it, so I'll bounce back soon”.

Players you enjoyed having around you?
“The guys I grew up with, such as Josh Anasis who has now moved to Dubbo - it's always tough to see them pack their lockers and leave. Guys like Sam Lockhart who I played junior footy with and more recently the guys that have put up with me in Ressies and continue to put the hard yards in, like - Triff, Burcher and Ed amongst a host of others”.

Thank yous?
"*My coaches over the years, including Kevin Tate who helped the club out a lot when he took over a few years back.
*Kevin Kirk for teaching me to not just look at the goals but to look for him regardless of how open he is....... no, but he really has taught me a massive amount about the game.
*Also to all the guys that put in behind the scenes, including the board and all the volunteers who turn up and put in the hours.
*And last, but not least, dad - because I see the amount of work he puts into the club (and have to listen to it!) and he has always gotten behind me!"

From everyone at the club, congratulations on your achievement and career Tayt! 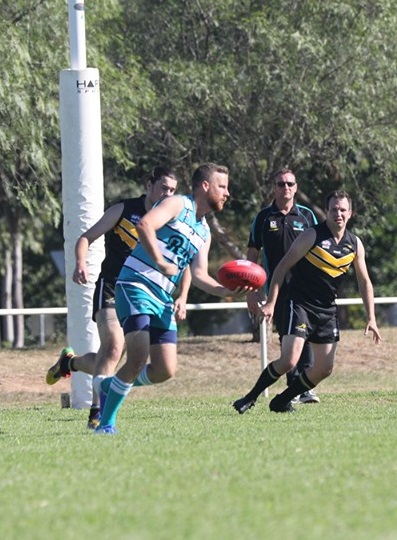