Congratulations to Josh Anasis on playing his 200th game for the Penrith Rams last Saturday at Mahoney Park against Balmain. Fittingly, after an early scare which saw the Rams fall 5 goals behind, the side managed a win to recognize the occasion.

He becomes the 17th player to reach 200 games for Penrith and the youngest player to do so, being one of only two players to reach the mark before his 30th birthday (Michael Walker being the other). At only 27 he has plenty of years left in him and has no intention of slowing down. “I intend to keep playing for as long as I am able to”, he said.

Josh started playing with the Emu Plains/Glenmore Park Lions junior AFL club after a school mate got him interested in the game. He played nearly 100 games with the Lions before moving to the Rams in 2006 as part of the Under 18s side. That initial Under 18s’ season, thanks to a broken wrist, saw him play only the solitary match.

Since moving to senior footy, Josh has been a staple of the Rams top side for the majority of his career. In recent years he has formed a crucial part of the side’s defence, but over the course of his time with the club he has also played plenty of football in the ruck and also up forward (he has notched up over 100 career goals with the Rams). 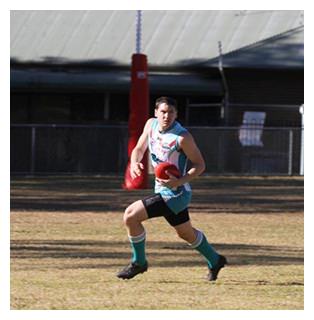 Although Josh was reluctant to single out any particular players (“they have all been great in their own ways to play with”), he did mention Tayt Corless, who also came up through the Lions junior club and started at the same time at the Rams. Although Josh hasn’t played much footy in the Rams same side as Tayt in recent years, he feels that he shares a special bond with him as their footy careers have run in parallel. Another Josh wanted to mention was long-term Rams Senior Grade skipper Nathan Wright – “he is a great leader and is always positive no matter what”. Coincidentally, Nathan himself is very close to 200 games for the Rams.

Josh has taken his commitment to the club off the field as well in recent years – he is on the committee as Umpires’ Co-Ordinator and you will always see him helping out on game days, in the canteen and elsewhere. It’s been his way of giving back to a club which has given him a lot of friends and great memories. “I love the club, it has been my second family and all the guys and girls make it a great place to be around - I love hanging with my Rams brothers and sisters”, he said.

Career highlights? “Watching one of my best mates Jason Makin play his 250th game last year for the club and I also can’t go past 2011 Senior Grade grand final win”.

Toughest teams to play?  “I would have to say North Shore is one and I can’t go past the Uni teams because you never know what they will do with amount of players they have....!”.

Josh is extremely grateful to those who have supported him through his career. Firstly his parents who encouraged him when he first took up the game as a youngster and then Greg Corless -  “I have known him since I started and playing and he always been there for me on and off the field. He has been a great mentor for me personally and a tireless worker for the Rams”.

Congratulations to Josh from all at the Rams on this wonderful achievement! 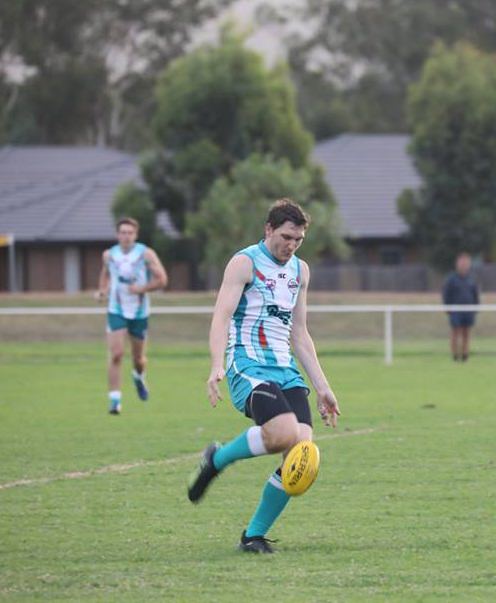