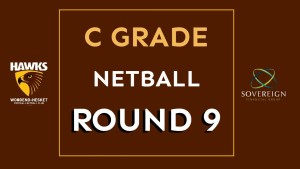 Thoughts on the result on the weekend
We knew it was going to be a hard match against Wallan who was second on the ladder and this definitely proved to be the case. The final score was Wallan 28 to Woodend 10. The score didn’t necessarily reflect the effort that the team put in but we just weren’t able to get the ball down into our attacking end as often as we wanted to.

Key moment that stood out for you in the game
Not just a moment, more the whole third quarter when the team really lifted their defensive pressure and kept Wallan to only three goals for the quarter after they scored 16 in the first half. It was great to see the team maintain a positive attitude despite being well down in the first half.

Key players that impressed and why
Roxy Manners had an excellent game in centre working tirelessly all game to bring the ball into attack, apply pressure to her opponent and feed the ball in accurately into the goalers. Charlee Duff-Tytler continued her excellent season, a versatile player who made a difference at both ends of the court. Nicole Chappell worked hard all match in goal keeper, getting tips and rebounds and making her opponent work hard for all of her goals.

What are you looking for the group to improve on
The team needs to continue to work on concentrating and playing consistently for four quarters. Focusing on the basics such as strong accurate passes, clearing the space and driving hard for the ball will see the team continue to improve.

Thoughts ahead of this weekend's match
Another tough match against a team that is above us on the ladder. Our aim will be to increase our score from last time we met Macedon. Working as a team and keeping positive will see us achieve this. Go Hawks