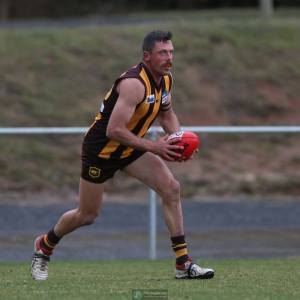 Talking Points
Woodend/Hesket - where did it all go wrong? A pre-season filled with great promise, a strong opening round win over Lancefield and has yet to taste victory since. The losses have been against good opposition but it is how it has lost that is a cause for concern. Battling for 2.5 to 3 quarters and then breaking down for the remainder of the game. In last week's loss to Riddell, it was competitive for one quarter and then dominated for the last three. A competitive list on paper but just not getting the results.
Broadford - congratulations to this club for it's amazing work in fundraising for the Big Freeze last week. This effort backs up from the recent effort in acknowledging and putting in a tremendous effort for Indigenous Round. This says that the club is working hard off the field to make a greater presence in the broader community, and this will translate to great success on it.
Current Form
Woodend/Hesket - six losses on the trot has been tough for this team. This group needs that confidence to learn how to win again. Its losses to Romsey and Riddell really hurt. Both teams ran away with the game on the back of some great momentum and it couldn't defuse it. Now it faces a massive challenge against a team it is expected to win.
Broadford - two wins this year and still a mathematical chance to play finals. As has been said each week, there has been a lot of improvement from this group. Melton Centrals were expected to bounce back last week, and it did. Full credit to this Roos line-up that it competed hard for two quarters against a good opposition. Expect that level of improvement to continue.
Why they will win
Woodend/Hesket - a quality forward line that can deliver a winning score and a solid midfield that is more than capable of winning the centre clearances. Al Rae kicked three goals last week and he is most capable of keeping up that effort.
Broadford - a credible forward line that can cause some headaches and strong endeavour from its midfield that refuses to give up.
Why they will lose
Woodend/Hesket - losing its last six games has hurt the confidence of this group. Heads dropped last week against Riddell and that has happened on numerous occasions this year when the game starts to slip away.
Broadford - experience is perhaps lacking a little in defense, and a number of A-Grade midfielders to take the game apart.
Who will win
This is a line-ball game. Broadford has better form in recent weeks with a big win over Lancefield. Woodend/Hesket has enough talent to turn this form slump around.