ROUND Seven Previews | Under 19s Netball 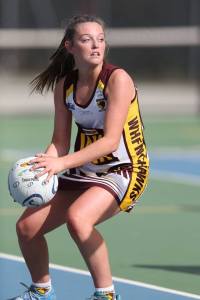 Check out an indepth analysis of the Under 19 netball clash between Woodend/Hesket and Wallan at Greenhill Reserve, Wallan on Saturday June 1.

Talking Point
Wallan – This team finished 5th on the ladder in 2018 but were a long way behind the 19’s three front runners. They have made great improvements this year to be sitting third on the ladder behind our Hawks and Rupo.

Woodend/Hesket - An undefeated start to the season with Kel Duff guiding the girls nicely. This team is super exciting with a mix of experience and new up and coming talent. They have strength and depth right across the court with great versatility and sit top of the ladder.

Last week
Wallan – A tight contest against Macedon ended in a draw in a very low scoring game. Both teams appeared to have their full teams in so Wallan cannot be underestimated.

Woodend/Hesket – Our relentless defensive pressure created plenty of turnover ball against the bottom of the ladder Diggers, as we piled on the goals winning 55-11. Shae, Macca and Gracie had outstanding games and were well supported by their teammates who took care of the turnover ball to convert.

Why they will win
Wallan – This team will have belief and confidence after drawing with Macedon last week.

Woodend/Hesket – This team has strength across the whole court with the girls working as a team to create the turn-over ball. They will want to start powerfully in the first quarter to set up their day. This team is focused and determined.

Who will win
Woodend/Hesket will be too strong for the Magpies, even away from home. It has an early start at 9am, so they will need to switch on early and focus against the Maggies who have their tails up. The Hawks should remain top of the table at the end of this round, they will be determined to stamp their mark on the competition.