ROUND Seven Previews | Under 19.5s Football 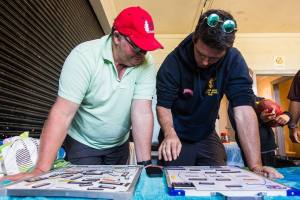 | Chris 'Yeendy' Yeend |
UNDER 19.5s
Talking Point
Wallan - The reigning Grand Finalists have yet to win a game this season after being a power-house for the past three to five years. It sits second from the bottom and will strive to improve on its position as the season progresses.
Woodend/Hesket - An undefeated start to the season under new coach Chucka Bourke, there is a lot to like. A strong midfield and a pro-active forward line, this team is doing nicely.
Last week
Wallan - While struggling to win a game this season, the Pies pushed to within 13-points of the undefeated Bombers prior to Interleague. Matt Newton and Kaiden Broomfield impressed.
Woodend/Hesket - Dumper and Adams kicked multiple goals while former Cat Jeff Fox showed just how brilliant he is. At his best, Fox is the quickest player in the competition and has the world at his feet. He is a star and he showed that last weekend against the Burras.
Why they will win
Wallan - A culture driven on success that can cause the upset as it almost did against Riddell in recent weeks. That maiden win for 2019 is not too far away.
Woodend/Hesket - Slick movement through the midfield and brilliant ball users in the form lf O'Sullivan, Fox and Randle-Hewitt. This is a team that means business.
Who will win
Woodend/Hesket will be too strong on the road. Conditions may be slippery but there is enough speed and class through the middle to make this team continue its great form in 2019.