IN THE PRESS | Footy for the Veterans 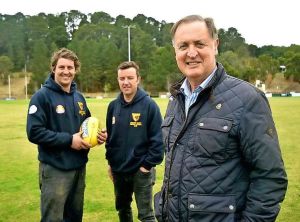 The Woodend football community and the town’s RSL are coming together to pay tribute to defence forces veterans.

The Woodend Hesket Football and Netball Club and the Woodend RSL are partners in presenting the June 8 match between the Woodend-Hesket and Riddell.

Club senior football coach Tom Carland said the game was an opportunity for the club to acknowledge and celebrate the contribution of veterans.

“I think that in Australia, we don’t appreciate our veterans enough,” he said.

Mr Carland approached the Woodend RSL with the idea of a veterans match, with a focus on those who served in more recent conflicts such as Afghanistan.

Read the full story on the Star Weekly website.