WOODEND NETBALL WRAP - A and B Grade | April 29 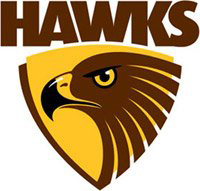 Knowing that Romsey would present a strong B Grade team, this gave our WHFNC netball team a chance to try a different combination of playing positions. The purpose was to try and slow down Romsey, while we played our players in their second position. In both of these areas there was success.

Building on a successful working combination from the previous round, Emily and Bonnie took up the position of GS and GA. Their positioning and movement created space which allowed the ball to be received well and score goals.

New to the WA position, Tegan took this opportunity and was committed from the first whistle. Her speed and understanding of getting on the circle to feed the ball into the circle was wonderful. Her quick assessment of the available space saw her release the ball with confidence and kept her Romsey WD busy for the entire game.

Chelsie was repositioned into the C due to her fitness and high success rate of passes played in the previous round. She played a great linking game, finding the space in attack and defending through the centre and around the ring.

Georgia came out to WD and with her long arms applied pressure on each pass in Romsey’s attacking end. Having not played this position regularly, Georgia tried very hard, both in defence and assisting in our attacking play.

Taylor returned to GD due to her athletic ability in the circle yet still able to assist down court. Claire took up the GK position as her physical strength was required.
Our ring defenders had a height challenge due to the tall Romsey GS, however both Claire and Taylor worked extremely hard, repositioning the shooters, so missed shots were rebounded. With continual hand over ball pressure applied on the Romsey players , as the game continued their passes into the circle became less accurate and both Taylor and Claire intercepted the ball and sent it back down into our attacking end.

In the second half, a couple of positional changes took place to counteract the height problem that Romsey had over us. Alex MacDonald took the court in the GK position. Having just played in C grade as GS, Alex sure did play out of position, however with her tall stature and her open mindset, she went on and worked really hard. She was a visual deterrent and with Claire coming out into GD, this change increased our number of turn overs. Taylor went back into centre which continued the linking game Chelsie had set up.

Throughout the entire game, a more structured pathway of play was seen. This was a clear indication that the team is coming together and understanding the most efficient way of getting the ball down in the attacking end and scoring goals. Errors were made, which Romsey scored goals from, however in this second half our play was more productive and the score for and against showed this.
Romsey won the game, however our WHFNC B grade team did not lose face. This game was our first challenging game for the 2019 season and it highlighted areas of individual and team play the we need to improve. Well done ladies. Keep coming to training as time together will only strengthen your team performance. Wendy


A Grade
Romsey played a physical game, playing the player for the entire game. Previous seasons the A grade team struggled with this style of game, but not today.

With a rumoured new line up, we were unsure what Romsey was going to present us. We spoke about this at training, knowing that it was going to be a hard game, however the lessons learnt from this game would only help us against future teams on the 2019 fixture.

This being round two of the season, the A grade team are still learning the new dynamics of their team.

The opening quarter saw us play a fast pace game when we were in possession of the ball. In our attacking end Brittany held the centre position, with Gracie settling in to WA, with Tara as GA and Jess in as GS working on what style of game they were going to play against the athletic Romsey defenders. In the back line Shannon, Abbey and Ally had a high workload. The speed of Romsey’s leads with well placed passes , either high or low was challenging.

At the end of the quarter were were down by three.

In the second quarter, Jess was rested with Tara back in GS and Maddy coming into GA. Their job was to create more space for passes to come in to the goal circle. Macca came on in centre to tag the Romsey’s centre who was fast and controlling.

Romsey bought on a new shooter who’s game was quiet, effective and challenging due to her positioning and placement of passes. This increased Abbey and Ally's work load, however they continued their defending, trying a different approach. In this quarter Romsey really capitalised on our errors; we lost that quarter by 10.
In the third quarter, Macca went into WD to tag the WA, while Ally and Abbey changed their style of ring defence and became more effective. With Jess and Tara back in the circle and Brittany taking the reins of centre we were finally seeing productive passages of play.

The error rate of missed placed passes decreased, goals went in the ring, our vision widened and our selection of passes matched the strong leads. In turn Romsey’s error rate increased, we kept working harder. We only lost that quarter by three.

In the final quarter, Romsey was interchanging players due to our team getting momentum from defence all the way though to scoring goals. Shannon returned to WD and applied pressure back on her player, while Abbey continued doing the hard defensive work outside the circle that helped slow down the attacking play, causing Romsey to have errors. Tara took a hard knee to the rib and came off injured which allowed Jess and Maddy have additional court time together. Gracie throughout the game used her explosive speed to position well and with Brittany in centre an understanding began to develop. We won this final quarter by three.

Romsey won the overall game, however all is not lost. I am pleased with our performance. Watching from the sideline of course I see areas of our game that need to improve and it will be through training, concentration and confidence. Well done ladies, work hard, work together, be strong and believe in each other. Another win will happen in the near future.