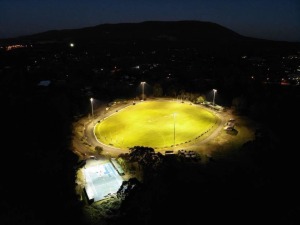 The action starts from 1pm with a Woodend Big Bash, 8 a side 6 over cricket match featuring teams from the senior club, x2, masters, junior team, cricket club and (legends of Woodend team)

Tickets for the event include the major prize draw as well as beer, wine soft drink and BBQ for two people from 2 – 5pm.

There will also a jumping castle for the kids.

Get your tickets from the club. Contact through the Facebook page or any player who plays at the club.

The day is in partnership with the Woodend Cricket Club, Woodend-Hesket Masters Football Club and Woodend Junior Football Netball Club.