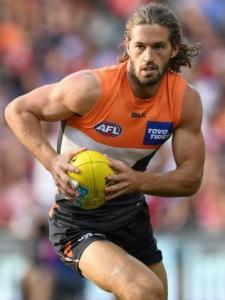 Ward (pictured) is now a star of the competition and after crossing to the Giants for their inaugural season in 2012 following 60 games at the Western Bulldogs after being taken at pick 19 in the 2007 AFL National Draft.

Ward who is still only 26 years of age, has the opportunity in the coming years to become of the game's greats. Everyone at the Western Jets Football Club is extremely proud of Callan's efforts so far and look forward to watching him for many years to come.