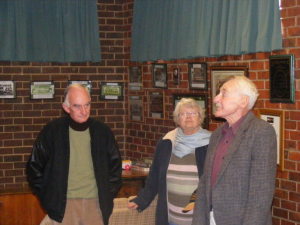 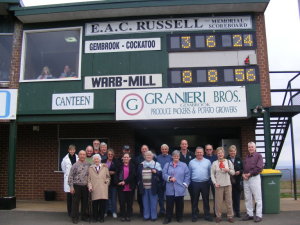 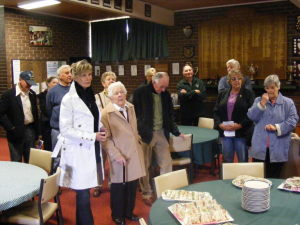 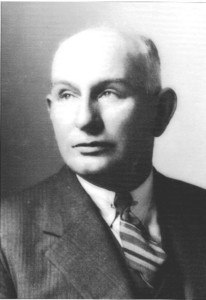 The E.A.C Memorial Scoreboard was struck at the beginning of the 2008 season. Club supporters Harry and Bardie Russell have been involved with the club for many years and donated the funds to purchase the new scoreboard in memory of their father who was also a great supporter of local community sport and community groups. His story follows:

Englishman George Russell and New Zealand borne wife Alice were selectors of land, farming in Gembrook, firstly at "Brooks by" on Launching Place Road in 1907, then at "Swallowfield". Bill born in Wanganui in 1891 was the eldest, with two brothers, Tom and Jack. Previously living at Brighton and St Kilda, a keen sportsman, Bill played cricket with the Melbourne Cricket Club from age 15, until moving to Gembrook.

In 1912, at age 21, he was cutting poles for the S.E.C for the electrification of Horsham. He progressed to owning three saw mills in the Beenak State Forest, operating a 16km train line, initially in partnership with Dyer Bros,

hauling sawn timber to the Gembrook Puffing Billy terminal for on-forwarding to timber merchants in Melbourne. Bill Russell and Dyer Bros donated most of the timber to construct the original Memorial Hall, in 1921. Their combined mills provided employment for some 70 workers.

As the timber in the area was cut out, and road transport replaced rail, his last mill was purchased by the Army in 1941, to be shipped to New Guinea to create facilities for defense against the Japanese invasion. He operated the Terminus Garage, a weatherboard structure, subsequently destroyed by fire when the Saunders family lost the adjoining butchers shop and residence.

As the mills closed and the forests commission accepted the need for roads throughout the State forest, it was satisfying to see that the initial route of the old rail lines was the best possible that their surveyors could find.

He then established a produce and building supplies in Gembrook, purchasing the business of Gembrook Transport Service. In 1959 a branch store was opened at Ferntree Gully. The company developed Agencies for Shell Company and Portagas. His two sons continued the expansion to Dandenong, Moorabbin and Pakenham. In 1970 the store at Gembrook was closed, with the supply being affected from Dandenong.

He was a member of the Committee, which arranged the purchase, and subdivision of Payne's property by the Soldier Settlement Commission after World War II and the reservation of the current site of the Gembrook Sports Ground.

During his lifetime in Gembrook, Bill Russell was continually involved in local cricket and football. Before the advent of private cars, he made up a canvas topped picnic van body, which could be fitted onto the tray of a timber delivery truck to transport the locals to support the teams when away.

Besides being in the local competition he captained and kept wickets for the scantling Division team in the Annual Victorian Saw millers Assn Cricket Challenge at the MCG.

He served as President of both the Mountain District Cricket and Football Associations and was awarded life membership of both. For many years he was delegate to the MDFA appeals tribunal.

He was elected counselor and was President of the Shire of Berwick at the time of his unexpected death by leukemia in 1963. 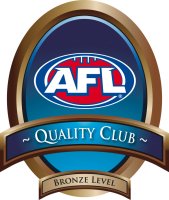 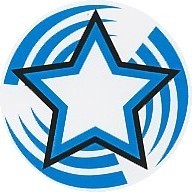 We are proud to be part of the Good Sports Program