I had heard a bout the Bundy Thunder Quest on the radio and thought that it was a fantastic cause, but definitely did not imagine going in it myself! I did not know what it all entailed though either.

How did I get involved? Well, my hairdresser really wanted to sponsor someone in the Quest and asked me, I was not very keen at first I said no a few times J. Then I had a phone call from Pat Hooper, she runs the Quest and has done so for many years, she explained it all to me and it was not at all like I thought, although it would be very time consuming. So I decided to do it, which I knew would be a bit of a difficult task at first being in my final year of a teaching degree and being on my internship right when its all happening along with spending time with my two little whipper snappers, Khobie and Mekkija.

But it was all for such a great cause that I thought I would give it a shot, it was great to have supportive friends like Anthony Parry, Anthony Shallotsa, Jeremie Redgard, Lauren Redgard and Greg Redgard who played guitar and sang voluntarily at one of my fundraisers.

The Miss Wide Bay Bundy Thunder Quest is open to young women aged between 16 and over. It provides a great opportunity to have a fabulous experience and raise much needed funds for all ages of people with Leukaemia and to provide much needed support for their families. When entering we were seen as ambassadors for the Wide Bay Bundy Thunder Event and the Leukaemia Foundation and had a lot of fun, meeting interesting people and developing a variety of skills. Such as talking in front of a big crowd of people, which I am not so good at. We were to attend at least three of the major events held around the Wide Bay region that involved the Leukaemia foundation such as the multicultural festival, an event at pimp my ride, street walk etc.

Our fundraising was just left up to our imagination. Some of the girls in the group went all out and raised some fantastic amounts of money with great ideas. I held numerous raffles, with great prizes, involved the school I was involved in and held a very successful cocktail party at Bargara Berries with lots of prizes and live music.

The Quest involved having deep understanding of not only the Bundy Thunder event but also very sound knowledge of the leukaemia foundation, how they work, what is involved and the illness it’s self which we were tested on in an interview with three of the major sponsors, and foundation executives. I can tell you now I was very nervous when it came to that, but I think all in all I learned alot about the foundation and the illness I did not know previously and am very glad that I went in this event, met great people and actually spoke in front of alot of people in a formal setting and did not fall over J.

Unfortunately I was unable to attend the last event, interviewing a driver, which I was quite excited about, because I had a sick little girl and in these circumstances family first. It also meant I missed the race on Sunday also.

I had a great experience and gained confidence I did not know I would, and would recommend that if you are interested and have the time family and friend support networks definitely give it a go.

IT IS FAR FROM A BEAUTY PAGENT!!!!! It is about helping the community, and families that are not as well off as our selves by raising funds for equipment, housing transport etc. 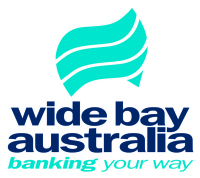 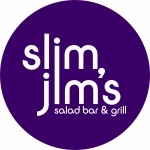 For all your Real Estate needs in Bundaberg