The Caboolture Lions moved at the begining of 2014 to the new AFL Precinct in the Moreton Bay Central Sports Complex, in Burpengary.  In December 2014, by a unanimous vote of the membership, it was decided that the club would seek to change it's name to the Moreton Bay Lions.

The surrounding areas are major growth areas in Queensland.  Our Junior/Youth base was formed in 1987 and has grown steadily under good management committees, coaches and support staff who understand the importance of children having fun, and also developing the skills to enjoy and participate in the game of Aussie Rules.

The Club supports the development of its players from Auskick / Under 6's through to Youth Under 17's.

An illustration of the achievements of our players and our coaching staff is below.  All teams show a great level of sportsmanship and enjoyment for the game.

Thank you to the Volunteers, Parents and Players for your support and efforts during 2014. Your continued support will ensure 2015 is an enjoyable season for all. 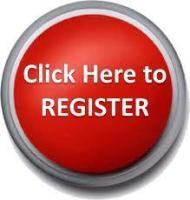 To find out what's currently happening