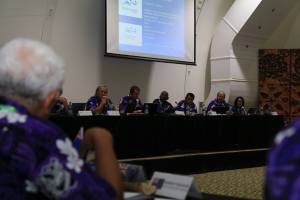 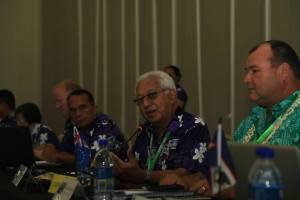 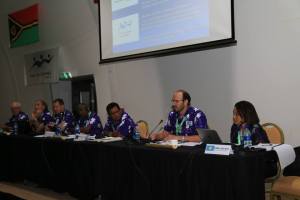 The Pacific Games Council conducted a major review of its sports program at the recent General Assembly in Port Vila, Vanuatu.

A mandatory review of the sports program must take place in the year after each major edition of the Pacific Games.  Therefore, the key leanrings and recommendations arising from the 2015 Pacific Games in Port Moresby were the subject of a full day of discussions amongst the delegates in Port Vila.

Amongst the proposals adopted by the General Assembly were:

* Reduction in the size of the sports program from 26 sports to 24 sports starting at the 2023 Pacific Games in order to maintain the sustainability and affordability of the Games;

* Continuation of the invitations to the Australian and New Zealand Olympic Committees for their athletes to compete at the Vanuatu 2017 Pacific Mini Games (in 2 sports) and the Tonga 2019 Pacific Games (in 8 sports), following on from the successful trial of their involvement in 4 sports at the Port Moresby 2015 Games.