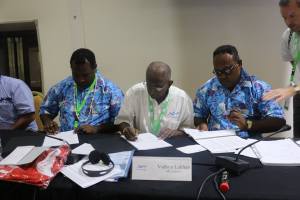 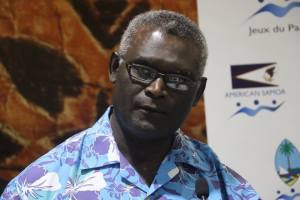 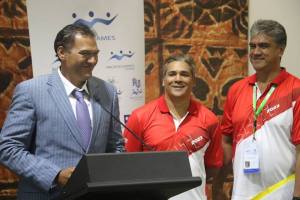 By a very close margin, the 21 Pacific Games Associations (PGAs), who constitute the membership of the Pacific Games Council, voted in favour of Solomon Islands over Tahiti Nui at the annual General Assembly held in Port Vila, Vanuatu from 10-11 May.

Solomon Islands greeted their victory with overwhelming joy in the presence of their Prime Minister, the Hon. Manasseh Sogavare (pictured) who presented the Solomon Islands' bid to the General Assembly.

Solomon Islands will become the 8th Pacific Island nation to stage the quadrennial event, following on from Tonga who will host the Games for the first time in 2019.