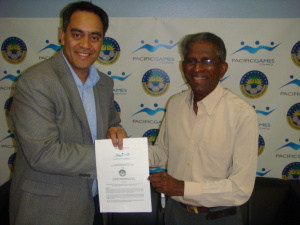 The Pacific Games Council and the Oceania Football Confederation have entered into an historic cooperative agreement to govern Football's participation in future editions of the Pacific Games.