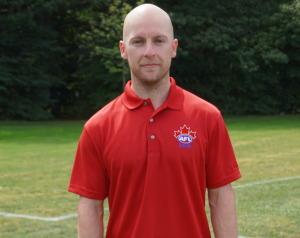 AFL Canada is thrilled to announce that Sean Goedheer has been appointed as the Head Coach of AFL Canada’s National Men’s team, the Northwind.

After long-time coach Cody Royle stepped down earlier this year, AFL Canada put in place a thorough process to determine who would be taking the reigns moving forward including implementing a committee and conducting multiple interviews to finally land on Sean as the ideal candidate.

Sean has held an assistant coaching position under Royle with the Northwind for the past two years, developing strong relationships with the current squad. In that time Sean utilized his strength and conditioning background to implement and manage the high-performance team, giving national players access to high-performance professionals such as physiotherapists.

Prior to joining the coaching ranks of the National Team, Sean's footy experience includes a wealth of playing and coaching roles at various levels, including for the Central Blues in the AFL Ontario league, Broadbeach in Queensland, and Noble Park in Melbourne, Australia.

When asked about the opportunity to take on the main coaching role for the Northwind, Sean said he’s ‘excited to use his own expertise and experience to build on the already strong culture of the Northwind team and couldn’t wait to get to work’.

AFL Canada is looking forward to seeing Sean and his staff take the Northwind to another level, in preparation for future International Tournaments and International Cups.