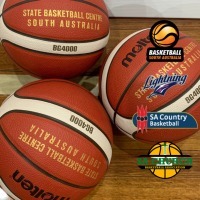 The Marshall Government will invest $15 million in South Australia’s new ‘home for basketball’ which will become the headquarters for the Adelaide Lightning, Basketball SA and other grassroots basketball organisations

The State Basketball Centre will be built as an extension to the Wayville Sports Centre, creating 64 jobs through construction and providing four additional courts, inclusive of a show court capable of hosting 1,600 people for events.

Catering for community through to high-performance basketball, the new facility will see domestic, district, state, and national league teams all training from the same venue, with the new Centre becoming home to the Adelaide Lightning, Basketball SA, SA Country Basketball and SA Wheelchair Basketball.

Minister for Recreation, Sport and Racing Corey Wingard said securing the new infrastructure project for basketball was another big win for South Australia, as the Marshall Government continues to position the state as a national and world leader in sport and recreation.

“Over this past year, we’ve committed to major infrastructure upgrades which will benefit tennis, soccer, netball, cycling, athletics and lacrosse and it’s fantastic to be able to add basketball to this extensive list,” Minister Wingard said.

“Our State Sport and Recreation Infrastructure Plan recognised the need for an alternative ‘home’ for community basketball and the Adelaide Lightning; specifying a smaller, high-quality boutique show court would be a more appealing prospect for players, spectators and television viewers.

“The additional four courts in the State Basketball Centre will take the Wayville venue to seven courts overall, which will alleviate pressure on local suburban and country basketball courts, meaning more kids have the opportunity to play basketball and be active.”

Basketball SA CEO Phil Sinnott said the announcement of the development marks a momentous occasion for basketball in South Australia.

“The development will allow us to expand local and country tournaments, carnivals and high-performance programs.

“We are excited to have the ability to host national championships and showcase this facility to the rest of Australia.”

The Wayville location was selected for its proximity to the CBD, existing site services and infrastructure, public transport infrastructure and the newly developed Adelaide Showground caravan park accommodation.

The facility will also provide wider community benefits through collaboration with the Royal Agricultural and Horticultural Society of SA who will use the State Basketball Centre during the Royal Adelaide Show each year as they currently do with the Wayville Sports Centre.