In order to give fencers some in-competition training, an informal competition takes place on Saturday afternoons every few weeks, coinciding with the State Foil Squad session.

The first - seeding - round of the competition is run as pools (usually 6-8 fencers per pool).  At the conclusion of the pools, each fencer is given a ranking based on the number of bouts won, lost, and the hits in each bout.  Then the ranked fencers are broken up into three groups, and allocated to a pool each (a Gold pool, a Silver Pool, and a Bronze pool).  This means that there is a natural grouping in the second round of similar-experience fencers.  Typically, this will mean that each fencer has up to 12-16 five-hit bouts as part of the overall competition.  A nominal prize is awarded at the end of the second round to the winner of each of the Gold, Silver, and Bronze pools.  This is different in format to official Fencing Victoria competitions, but similar to competitions that have been run for many years at other fencing clubs.  In other sports, this would be known as a modified multi-division double round robin, but it has become known in local fencing circles as a "Coeur de Lion".

State Foil Squad fencers have access to this competition at no charge.  All other affiliated fencers are invited, regardless of skill, age, and experience, and there is a charge of $5 per fencer to cover strip usage.

Currently, the following dates have been allocated for this informal competition at the State Fencing Centre in 2016: 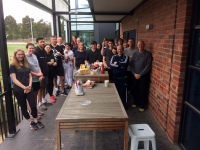 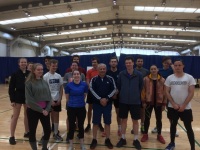 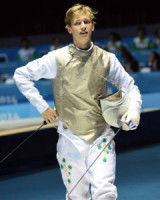 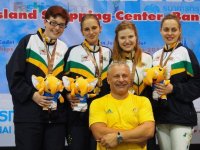 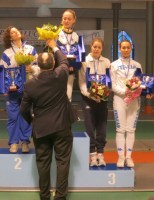 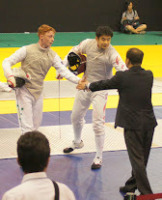