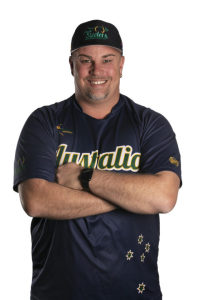 Adam Rindfleish has been appointed Head Coach of the Junior Steelers ahead of their title defence in the 2020 Junior Men’s World Cup.

The appointment comes after Geoff Coultas stepped down from the role citing personal reasons.

Rindfleish brings a wealth of experience to the role, most recently filling an Assistant Coach position with the Aussie Steelers at the 2019 Men’s World Championship, he was also an Assistant to the Junior Steelers in 2016 and in 2018 when Australia won gold in Canada.

An Australian representative in a playing capacity as well, Rindfleish was part of the victorious Australian team at the U19 World Championship in 1997.

“I’m ecstatic to be appointed Head Coach of the Junior Steelers,” said Rindfleish.

“To represent your country in my view is the greatest honour any sportsman can achieve.  We’ve enjoyed a lot of success at the junior level and to coach a team who are the current world champions is just awesome!”

Rindfleish will lead the Junior Steelers at the 2020 and 2022 WBSC Junior Men’s World Cups, the first of which will be held in New Zealand from 22 February – 1 March.

A team will be selected following the U18 Men’s National Softball Championship at Blacktown International Sportspark from 8-14 December 2019.