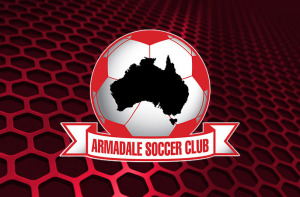 An inspired performance from Jackson Bealey has led Armadale to a 4-1 victory over Balcatta in round 16 of the PS4 NPLWA on Saturday.

The midfielder scored two goals and assisted another to help his side gain a much-needed three points as they edge away from the foot of the table.

Armadale coach John O’Reilly praised the performance of Bealey who has had an unlucky run with injuries recently.

“We’ve been unfortunate with Jackson (Bealey) because he’s been injured sporadically throughout the season,” he said.

“But today he showed that he’s a fantastic player and it’s good to have him on the park.”

O’Reilly also praised his squad for securing an important win against a Balcatta side that could have leapfrogged them on the table had they won.

“Full credit to the lads today, they worked really hard and got reward for their efforts,” he said.

“This was definitely one of those games where we needed to get a result, so I’m happy that we did that today.”

Armadale took the lead on 10 minutes when a free kick from Bealey took a deflection and found the back of the net.

The visitor’s joy was short-lived however, as Balcatta found an equaliser just six minutes later.

Michael Craggs parried Brennan Borzecki’s initial shot at the back post, but the rebound fell nicely for Ben Meredith to finish comfortably.

Both sides had chances to score again before the break as a volley from Bealey was cleared off the line, before Jonathan Corness was left frustrated by a diving save from the goalkeeper.

Armadale restored their lead six minutes into the second-half when James Atkins headed Bealey’s free-kick into the back of the net.

Bealey was at it again on the hour mark, scoring his second when he curled home from outside the box.

The away side made it 4-1 on 72 minutes when Anthony Skorich got on the end of a cross and powerfully headed in to put the result beyond doubt.

Balcatta coach Salv Todaro said his side played well in the first half, but admitted Armadale was too good on the day.

“In the first-half, I thought we were competitive, but in the second I can’t remember if we even had a shot on goal,” he said.

“Armadale looked like they wanted it more, and it showed as they not only created opportunities but they took them as well, so they deserved the three points in the end.”