Oakleigh Draftee 'Best Ever' Side 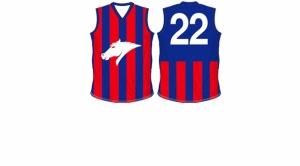 TRIPLE Brisbane premiership player Luke Power headlines the 44 Oakleigh Chargers who have graduated to play at least one game of AFL.

Power, closing in on 300 games in this his 15th AFL season, owns the most games played by a Charger draftee in the club’s 18-year history.

Not surprisingly, Power is the first player picked as the TAC Cup Record celebrates the 21st year of the elite competition by selecting each club’s ‘best ever’ team.

It’s a totally subjective view of those players who have progressed to the AFL with selection based as close as possible to the position the players played for the majority of their career.

Of course, there will be occasions when players find themselves squeezed out of their usual position due the performance of other players.

Over the remainder of the season, the TAC Cup Record will roll out a ‘best ever’ team for each of the 12 TAC Cup clubs and we’d like to hear your thoughts on our selection.

Oakleigh owns just the one TAC Cup premiership – 2006 – but 73 players have been drafted in the NAB AFL National, Pre-Season or Rookie Draft.

One characteristic of Oakleigh’s ‘best ever’ team is the abundance of midfielders. Some have found themselves on a wing or forward flank.

Grab a copy of the AFL Victoria Record this weekend to look at our selected 'best ever' Oakleigh Chargers side.

Head to our Facebook site to give us your 'best ever' Oakleigh side.