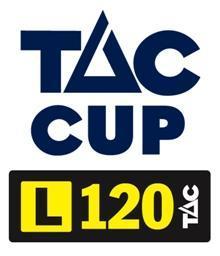 We preview this weekend's action in the TAC Cup

Dandenong are coming off a good win against the Bushrangers last weekend, while an inaccurate Oakleigh Chargers last weekend lost to the Rebels by 4 points. Jake Calvert of the Stingrays kicked 3 goals last week whilst Robert Hill was the most dominant player for the Stingrays. Damian Mascitti capped off a best on ground performance last weekend with 3 goals, and has been in the Chargers best two players in the past four weeks. With only one game separating these two teams and with State players back in contention for selection this should be a great game.

The Ranges form has been up and down this year, with consistency being an issue, but they have beaten the Cannons this year, in their round 3 encounter by 20 points. Calder lost a close game last weekend by 3 points to Geelong, with Ozgur Uysal being the best player for the Cannons with 32 disposals. Lachlan Johns was the best player for the Ranges on the weekend with 23 disposals and 2 goals. Both teams have key players back from the National Championships and with both sides capable of beating any opposition on any given day, the team that wants it more will take home the 4 points.

With both teams having to travel and no team having a home ground advantage this should be a close game. Gippsland are coming off a 46 point victory over the Knights on the weekend, with Shaun Marusic, Shaun Wyatt and Hayden Hector forming a dominant trio for the power. The Pioneers are coming off two straight losses by an average margin of 42 points. Cameron Valentine from Bendigo impressed last week, with 20 hit outs, 5 marks and a goal to his name. Gippsland won their last encounter by 63 points in Round 3 this year.

Top side Sandringham come up against tenth placed Northern Knights. Sandringham won their last encounter by 52 points in Round 1 this year, their forward Jackson Coleman is in good form after kicking 5 goals last week, and 10 in his past three weeks. Nicholas Maric of the Knights kicked 3 last weekend, with William Gleeson being their best player. Both teams have players back from state selection; this should be a close encounter.

The Western Jets are in great form, winning their past three games by an average winning margin of 28 points, Ashlin Brown kicked 3 last week, whilst Mitchell Turnbull was impressive for the Jets. Murray Bushrangers have had the complete opposite past three weeks losing their past three games by an average margin of 60 points. Luke Visser has been dominant in the ruck for the Bushrangers, having 32 hit outs in a best on ground performance last week, and being named in the best on five occasions this year. With players back from National Championships this should be a thrilling game.

Geelong has won their past two games with Meyrick Buchanan being one of the best on both occasions, and Tristan Battaglia kicking 5 in his past two games for the Falcons. North Ballarat are coming off a 4 point victory over Oakleigh Chargers last weekend, in a match where Darcy Watchorn, Sam Dobson and Lauchlan Dalgleish were their three best players, with these players kicking 3 goals each. Only a small percentage margin of ’0.38’ separates these two teams on the ladder, in the TAC Cup match of the round.