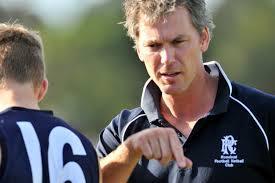 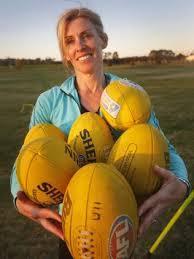 AFL South East would like to recognise the following regional Coach of the Year winners for 2015.

Congratulations to all award winners on their fantastic achievements across the year.

Nick Jewell was appointed coach of the Rosebud Football Netball Club in November 2012 after several decorated years involved in both cricket and AFL. He was given a clear mandate to develop the up and coming junior talent within the club during the 2013 and 2014 season with several Under 18 players given the taste of senior football. In 2013 the development of the players culminated in Rosebuds strong finish to the season and a narrow loss in the Preliminary Final. Nick continued to develop the club culture through the younger players throughout 2014, and with the club adding some experience to the playing list in 2015 they were able to achieve the ultimate reward winning the Nepean Premiership in comfortable fashion.

Steve Brattle lives and breathes football and is a former player and product of the Ringwood and Donvale Football Clubs in the Eastern Football League. Steve was a committee member of the Mt Eliza JFC between 2005 - 2012, and had roles as Footy Operations & Football Development and coached during this period also. Steve is a Life Member of the Mt Eliza JFC and gained his Level 2 Coaching Accreditation in 2008. Steve has been able to develop and communicate with the younger playing group with transition from Junior to Senior football at the Mt Eliza Football Netball Club.

Steve has progressed as the current U/19 Coach having coached in season 2013 (U/18 Colts) along with coaching the U/16's at the junior club, successful in winning the 2013 flag. Also in 2013, Steve revived the U/18 Development Team who played a finals series and will continue to focus on player transition and development from junior to senior football.  Steve then went on to coach the Mt Eliza U/18’s in 2014 and U/19’s in 2015 successfully winning Back to Back flags in the Peninsula League Competition.

Steve’s family are also  involved at the MEFNC, Tracy his wife helping the girls in the Canteen serve meals for the Players of a Thursday evening and his son Dane is also a player in this year’s U/19 Premiership side.

Annemarie Bayard has done an outstanding job in her first year coaching the Under 11 girls at Narre Warren Junior Football Club.

She meticulously prepares for each training session ensuring all players are well engaged throughout the session and enjoy each training night. Her training sessions are never the same, keeping all the players engaged throughout the sessions and warm ups pregame.  Annemarie has fantastic communication skills with all players and parents not only in her team but around the club, motivational speaking to our older age groups as her under 11 players train with the inspirations team. Annemarie has organised current and prior AFL players to attend her sessions to ensure the players' develop their skills that is conducive to each player in her side. Annemarie tries to develop all players skills ensuring they have all improved their skills throughout the season, giving all players equal opportunity and teaching them in ways that all players enjoy regardless of their preseason skill ability.
Annemarie tries to socialise with her team to develop a close knit team where all players regardless of ability are treated equally by all players, mates on and off the field.
Annemarie gives respect to all players and officials, at league and club level always willing to help and offer support to all, in return she has received the respect of all her players, parents, families and all members of the 2015 general and executive committee.

Anne-Marie has also been nominated as finalist in the female category at the State Coach of the Year award.

Troy Ackerley has been a tremendous success in his three years coaching at South Mornington Junior Football Club.

Troy has a strong knowledge of the game and is consistently seeking to improve his skill set with involvement in several AFCA programs over the past few seasons. Whilst having a heavy focus on development and giving all kids a go, Troy has guided his team throughout the formative years to win the U10 Lightning Premiership followed by successive premierships for Under 11 (2014) and Under 12 (2015).

Troy has a calm, cool and measured approach to coaching which has been perfectly pitched for the Under 10 to Under 12 age group. With in excess of 28 players to rotate through various positions in previous seasons, Troy was still able to develop his players skills and game plan to a point where this side only lost 1 game across two seasons. Troy was willing to rotate and bench his stronger players in a consistent manner irrespective of the scoreboard. He has coached in a manner consistent with the AFL’s Junior Match Policy and as a result has become a highly  respected member of the local football community. In 2016 Troy has joined the South Mornington Junior Football Club committee and will take on the role of the clubs Coaching Coordinator.

Darren Hills has been involved for several years at Langwarrin Auskick. Darren began as a parent helper, before progressing through several coaching roles including looking after the Grade 1’s and Grade 2’s. In the 2015 Auskick season at Langwarrin, Darren was the coordinator of the Grade 1-4 Auskickers. Darren has a sound football knowledge and always goes the extra mile with the children. He has the right abilities and personality to be working with this age group, developing their skills and liaising with parent helpers. Darren is also heavily involved with the junior football club and the transition of Langwarrin’s Auskickers into the younger age levels.