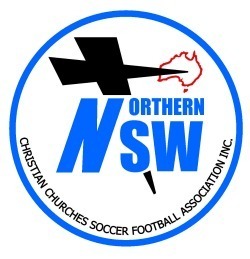 Previously called the Protestant Churches Soccer Association our competition commenced in the 1930's. It was disbanded during World War II due to many young men enlisting in the services or working in local essential industries.

The exception to this was a competition run by some referees from the disbanded competition for teenagers among the local companies of the Boys' Brigade. Some of these teams were attached to Wallsend Baptist, Mayfield Baptist, Hamilton Baptist, New Lambton Baptist, Newcastle Baptist and Newcastle City Mission. This Competition ran from the early 1940's to about 1947.

In about 1966, Mr Jack Hugo, who was a referee and an official of the Association prior to its disbanding before the war, and was still in possession of numerous competition trophies, approached a number of local churches regarding reforming the competition.

At the same time, young men with church affiliation were beginning to be concerned with the increasing trend of Sunday Soccer. They saw the Association as their answer, with its aims of only playing Saturday competitions.

Some of the original clubs attending were Cardiff Salvation Army, Cardiff Dutch Reform Church, Georgetown Church of Christ, Hamilton Baptist and Mayfield Baptist. For the first couple of years the competition was run with one all-age grade.

Around 1968 a junior (under 12) competition was run for a couple of seasons and a number of attempts were made in later years, however strong Newcastle and Lake Macquarie Association junior competitions have hindered this level.

The Association later changed its name to the Northern NSW Christian Churches Soccer Association. In 2007 it was decided this no longer reflected its geographical location, and Hunter Christian Churches Football was adopted, but it has maintained the motto "For God through Sport". From one grade of half-a-dozen teams to the present open and womens competitions, in 2016 consisting of 950 players, 48 teams in 8 divisions from 27 churches, HCCF remains the Premier Christian Football Association in NSW.