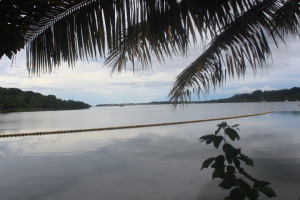 Individual Competition: The athlete with the heaviest total weight of fish caught and landed will be selected for the Gold Medal, the second for the Silver Medal, and the third for the Bronze Medal. The spear fishing competitors MUST NOT combine their catch. Each individual must turn in his own catch.

The weigh and recording of all catches will be handled by the event officials, but every fish being weighed must be confirmed by the Tournament Director.

All fish will be weighed individually. Each fish caught and turned in must weigh a minimum of 1 kilo (2.2lbs). Fish turned in which weight under 1 kilo will be disqualified.

Fishermen are required to bring in a catch from various species of reef fish and pelagic species such as Tuna and Marlin. Napoleon Wrasse, Humphead Parrotfish, Porcupine, Balloon Fish, and Cartilaginous fish such as Sharks, Turtles or Rays are NOT ALLOWED.