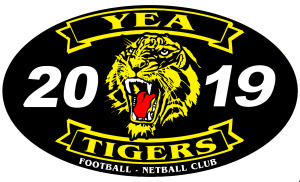 The Yea Football Netball Club welcomes you to the 2019 season.

Senior Football will be coached by Ash Walsh and Dan Belsten Reserves by Ed Nielson and Ben Broadway.

We look forward to another successful season in 2019. Registration can be obtained from using the links included.

The Club now has its own app. Download the Yea FNC App to keep up to date with all the news around the Club including juniors and seniors.

Click on the team app logo below to check it out and register for Yea FNC updates: