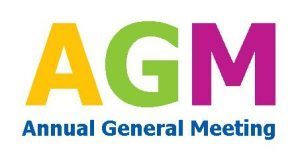 When I first took on the role of President four years ago, we identified four key areas that needed work:

•       Processes about how we make decisions and run the club

Over the past few years, we’ve made HUGE progress in all these areas and I really felt 2019 would be the year all of the hard work came to fruition.

We entered the year with a strong board, a focussed GM, a rapidly growing development program, renewed vision to tackle some of the challenges with domestic, a strong WABL program with a clear vision from our new coaching director, two focused SBL teams and most importantly, some imminent stadium plans.

Unfortunately, some challenges emerged over the course of the year which impacted us structurally.  Some of our committees stopped operating effectively and this saw a huge load fall on our portfolio directors and a GM who was bouncing around trying to do everything, sometimes by himself.

A significant knock-on effect of the above is that we failed to get ahead of communications and keep everyone informed.

As the 2019 WABL and SBL seasons came to an end, as a board we realised that we’d lost some of the fabric of who we are as a club. In order to get some of that fabric back, we needed help. So we put the call out for volunteers. And the response was humbling.

The task of managing, coordinating and supporting all these volunteers into a workable structure is a huge one. But I’m happy to report, this is now well underway and I look forward to seeing how this injection of people power can help us elevate in 2020.

Before I speak to that, however, I’d like to share what we have achieved as a club in 2019, despite its significant challenges.

In 2019 Michelle Fletcher increased her focus on development and saw significant growth in activation numbers in the community, schools, first Australian, Spiderlings, Aussie Hoops and referee programs. The effort from Michelle this year has been incredible, and we thank her for her dedication and effort.

The board has had a specific focus this year on reviewing and improving our domestic programs with Domestic Director Paul Philpott, the day-to-day support from Michelle Fletcher and the strategic support of Vice-President Grant Yonge

This has seen a significantly increased engagement with clubs, a refocus of our girl’s program, improved use and integration of the Belmont facility, a greater requirement for WABL players to be actively involved in the club and as a result, better programs with greater participation.

This current summer season is the first time we’ve been near capacity in our domestic competitions for many years.

There is still work to do in this area, but I am glad to say that there has been a significant improvement.

There has been some criticism and negativity around our WABL program this year. I think that negativity has arisen from the fact that we’ve not effectively communicated to our parents about the challenges we face in navigating a WABL landscape that has changed significantly over the past few years.

We intend to remedy this situation in 2020. We will be clear about what success for our WABL program looks like, and the steps we’re taking to achieve that success.

That said, in 2019 we fielded 24 WABL teams. A number that was only behind Hawks, Tigers and Senators as far as the number of WABL teams.

Redbacks graded incredibly well, (perhaps too well … and this presented its own challenges). We had teams in every Championship division other than U14 girls. The only clubs who fielded more teams in Champs division were Hawks, Tigers and Senators.

Interestingly, the Champs division Grand Finals were won by only two clubs: Hawks and Tigers teams.

Three Redbacks teams made the Grand Finals for their division and I’d like to congratulate those teams: U16 Champs Boys, U12 Div 3 Boys Red and U12 Div 3 Girls.

I’d also like to congratulate our U11 Champs girls who just won the State Championship title. Our future is bright!

2019 was a solid year for SBL but we did not have finals representation for the first time in several years.

It was Craig Allen’s first year at the helm of our women’s program. The departure of the previous coach caused significant disruption and Craig navigated those challenges well to deliver a solid season for our women.

In contrast, this was Nik Lackovic’s last season heading up our men’s program. After eight years as our Men’s Head Coach, Nik has decided to take a well-deserved break from SBL coaching. I thank Nik for his years of dedication and especially the fond memory of the 2017 Championship that will remain forever.

I would also like to welcome CJ Jackson, our incoming men’s SBL coach. We’re thrilled and excited to have CJ on board.

At the end of our 2019 WABL season, we sent out a survey. And if there was one key takeaway from that survey, it was the crucial role our club’s coaches (who we must remember are volunteers) play in the experience we deliver to our players and their families.

Craig Allen, our Coaching Director, did a huge amount of work in supporting and developing our coaches in 2019. But it quickly became apparent that the job was far too large for one person. Craig will be joined by CJ Jackson in 2020 to oversee our Men’s and Women’s WABL and SBL programs and further elevate the coaching standards at our club.

We have had great support from BWA (Evan Stewart) and are working through multiple options.

The difference this year has made is that we now have several viable options and may end up with multiple outcomes.

My belief is that we will have access to additional courts as early as 2023 season.

To put this in perspective, and for those who have asserted that ‘this will never happen’, the initial idea for the Willetton four-court extension (which has just opened) was first put to their board in 1989. The current plan was put to the board in 1999. It took 20 years for that plan to become reality, and they already had the location and space locked down.

Several months ago, my Vice-President Grant Yonge and I had a conversation about the year that had been. And we were determined that 2020 needed to be very different. With our GM’s role changing and going to two days a week, the club’s management would be heavily relying on a volunteer model once again.

This would require the right directors in place to run committees who would be subject to greater accountability and execution.

A board re-structure was undertaken, and I am pleased to announce the following people have accepted the renewed focus on board accountability and were elected as office bearers and directors at the AGM on Wednesday 11th December:

I have now been president for four years (after having been a director for the five years prior to that). Over that time, I’ve seen the club go from really struggling in both financial and club culture to becoming a far more professional, capable and competitive organisation.

I love this club and am so proud of how far we have come in the past few years, but right now I confess to being quite drained by the small segment of negative and combative people in our club. People who assume the worst and can find a problem for every solution. These people are only a small group, but they cause great instability. What I have also noticed is that the combative people lead the great people in the club to retreat and disappear. This needs to stop.

I know we can do things better than we are currently. But it must be recognised that we are already doing so much better than we have ever done before.

We are not perfect, but we are bloody awesome, and we are so close to breaking through.

If, as a club, we are happy to accept the reality that we are imperfect, but we are always improving … let’s do it together!

If you as a family, as the membership, as the people that care, are willing to stand up to uninformed negativity, the combative minority, the club bashers that just want to put the club down. If you are willing to be really proud of our little club that punches above its weight … let’s do it together.

If you as a membership trust that our Board Members are good people and are willing to positively support these volunteers to do the best we can with what we have and take our club to a new level in 2020 … let’s get positive and let’s do it together. 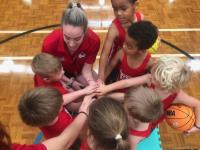 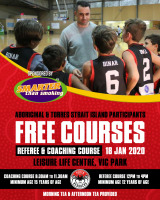