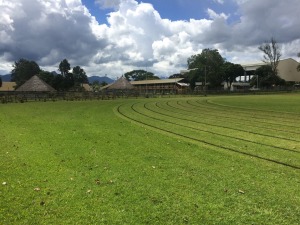 The National Track and Field Athletics Championships returns to the National Sports Institute in Goroka next month for the first time since 2001. The venue was only recently confirmed after months of uncertainty caused by a number of factors, including the deferral of the PNG Games, the National Elections and the cost of travel for the majority of teams. The Championships will be held from September 28 to 30 and will follow the same format as in recent years with competition in the Open and U18 divisions and a limited number of events for the under 16’s. Many Provincial Teams are expected to use the Championships to finalise their teams for the PNG Games. Athletics PNG will also name its travelling team for the Pacific Mini Games after the Championships.  “In order to meet the requirements of the Justification Committee of the PNG Olympic Committee which meets this weekend to endorse nominations by Sports, APNG has already submitted its nominations” said Secretary Philip Rehder. “However all squad members based in PNG will be expected to attend the National Championships and show their current fitness and form”. Rehder thanked NSI Director Janet Gimots for the support of NSI in staging the Championships.

A Local Organising Committee has been set up at NSI Chaired by Philip Kamane and intending participants can contact him on 72620907 for further information including the timetable of events and competition rules. Individual athlete entry fees remain the same as last year at K10 for the first event and K5 for each subsequent event entered. Kamane urged teams to select only their best athletes and not to travel to Goroka with large numbers of poorly prepared athletes. He said that minimum entry standards cannot be  enforced because of the lack of reliable information from the Provinces, hence none had been set , but Provinces should respect the fact that this is a National Championships and apply commonsense in selecting their teams.

He also urged teams to submit their entries as soon as possible by email to png@mf.iaaf.org .  The entry lists must state the Athletes full name, date of birth , gender, and their nominated events. The entry deadline of September 20 including  payment will be strictly adhered to and any athletes who arrive in Goroka without having officially entered, will not be allowed to participate.