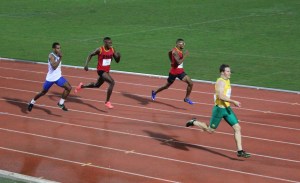 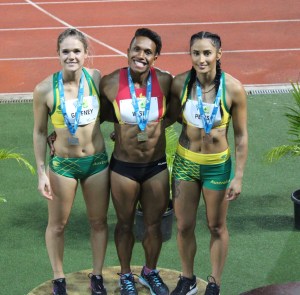 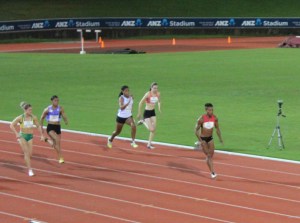 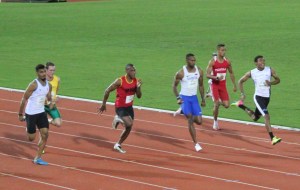 The PNG team found gold medals hard to come by on the second day of the Oceania Championships as finals were held in only six open events contested by PNG athletes. It was in the last race of the night that Toea Wisil as expected blitzed the field in the women's 100m to win by a staggering margin of 0.6 of a second.The conditions were not conducive to fast times and the Pacific’s sprint queen had to be content with the gold medal.In the men's race, Nazmie Lee Marai almost caused a major upset as he closed in fast on the hot favourite Jeremy Dodson of Samoa (formerly of the USA) with the finish line approaching. His run, however, was timed a fraction late as he missed out on world championships qualifying win by 2/100th  of a second. The men's 400m final was a great race as expected but  Theo Piniau and Ephraim Lerkin had to settle for third and fourth as Australian Murray Goodwin and Fiji’s Samuela Railoa were too strong on the night. Silver medals were also picked up by Shirley Vunatup in the 400m  and by Sharon Toako with a personal best 43.54 metres in the javelin. Junior sprinters Leeroy Kamau, Nancy Malamut, Lyenne Nilmo and Letisha Pukaikia all impressed in the 100m qualifying rounds but found the competition tough in their finals as Australia and New Zealand dominated. Hosts Fiji which has a strong Nationals schools competition which produces a lot of good athletes picked up a few minor medals in the junior 100m and 400m. A big day of action is in store on Friday for the PNG team with the heptathlon, decathlon, 400m hurdle events,800m , hammer throw, men's high jump and with Rellie Kaputin contesting the high and triple jumps