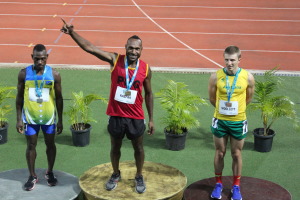 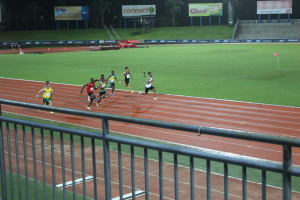 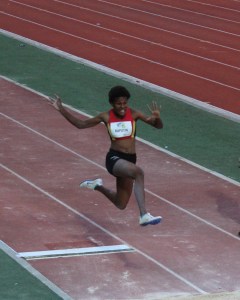 PNG made a very good start to the Oceania Track and Field Athletics Championships in Suva yesterday evening (Wednesday), winning two gold medals and one silver in the opening session. Rellie Kaputin won the long jump with her fifth jump of the competition, leapfrogging Australian Jessie Harper who had led from the first round.There were no records this time for Kaputin but she did have the satisfaction of being the only athlete to record six legal jumps, taking off behind the board every time. Simbai Kaspar was the surprise winner of the men's 5000m in a time of 15 mins 50 seconds which is just a shade outside his personal best of 15min 49 set in 2015.Fellow Simbu athlete Abel Siune won silver in the U20 men's 5000m. Young Roland Hure in his first overseas competition was just one centimetre outside the medals in the U20 long jump.

Theo Piniau and Ephraim Lerkin cruised through the 400m semi-finals and are set for an epic battle in Thursday's final with Australia’s Murray Goodwin and Fijian Samuela Railoa threatening to spoil the PNG Party. With a place in the World Championships at stake for the three Island athletes, this promises to be the best race of the Championships. In the under 20 division Emmanuel Wanga and Damien Kotou both qualified for tomorrow's final where the in form Wanga will face a strong challenge from Australia's Louis Stenmark

Wesley Logorava, Nazmie Lee Marai and Charles Livuan all advanced to the 100m semifinals and Toea Wisil was a class apart in the women's 100m semi-final. However, her hopes of running a world championship qualifier are not being helped by the windy conditions. Competition continues on Thursday afternoon with the men's long jump, women's javelin and the heptathlon getting underway whilst on the track, the 100m semi-finals will be followed by walking events then the 400m finals. The session end with the 100m finals at 7:05 pm.