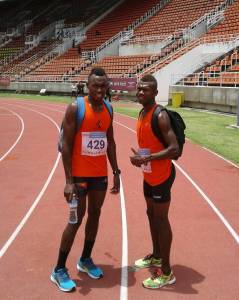 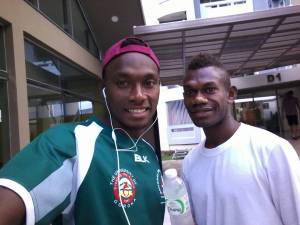 Nineteen-year-old Simberi Islander Ephraim Lerkin is approaching peak form with the Oceania Championships in Athletics just two weeks away. In Bangkok with four other athletes attending the Thailand Open Championships Lerkin opened his campaign in style on Monday with a 48.35-second clocking in the 400m and followed this up a few hours later with a 48.52 to win his semi-final. On day two he showed what a high level of fitness he has with a scintillating run in the 400m hurdles final to win the event in a time of 51.56 seconds soon after winning his semi-final with a time of 53 seconds.”To run that time in the humid conditions of Bangkok just two and a half hours after the semi-final is just amazing”, said Athletics PNG President Tony Green. “It was clear from his 400m times on Monday that Ephraim was in great shape but we never expected a time like this. This is a massive performance, no question about it. The hard work that he has put in this year in training especially during the time he has spent at NSI in Goroka is really paying dividends. Green thanked  Lerkin’s sponsor Simberi Gold, the National Sports Institute for uniforms and the team sponsor PNG Olympic Committee for making the trip possible. Veteran hurdler Mowen Boino found the going tough after a limited preparation in Vanuatu and was not able to back up after winning his semi-final in 53.17 secs. Nelson Stone recorded times of 10.99 secs and 22.24 seconds in the semi-finals of the 100m and 200m but did not advance to the finals. Kaminiel Matlaun qualified for the final of the 800m with a 1min 57 sec timing and improved this to 1:56 in the final.

Ephraim is on the left in both photos