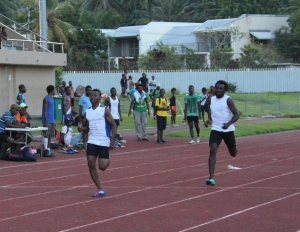 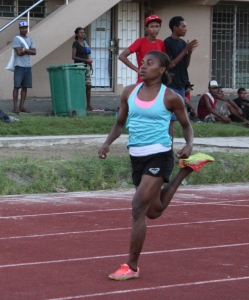 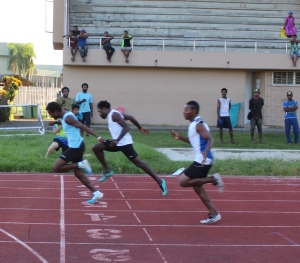 Athletics PNG expects to see the biggest turnout for many years at it's National Track and Field Championships in Lae this weekend. Although several teams have yet to formally submit their entries and pay the required fees, Secretary Philip Rehder confirmed that there has been strong interest from around the country. Teams are expected to fly in from Port Moresby , Popondetta , Manus , New Ireland , East Sepik and from both East and West New Britain. Large teams are expected from Simbu and Madang plus a good number from Western Highlands and from Enga Province following the staging of a Provincial Championship in Wabag last weekend. Meanwhile the host Morobe will be represented by a number of different teams as a result of the lack of a co ordinated effort to put together a Provincial Team. Teams are required to pay a team nomination fee of K200 plus the individual athlete entry fees. Those who missed the payment deadline of last Friday will pay a late fee of K10 per athlete. Any athlete not affiliated to a team will pay a fee of K20 to participate.

Meanwhile in Lae two emerging athletes Nancy Malamut and Emmanuel Wanga (pictured w/ Robson Yinambe) turned in impressive 400m performances in the final weekly competition before the Championships. Malamut took a full second off her personal best to break the 60 second barrier in style with a well judged race in which she clocked 59.6seconds. The men’s 400m again promises to provide one of the highlights of the Championships despite the absence of the elite athletes. Wanga showed that he will be a force to be reckoned with in the one lap event by clocking 49.4 seconds whilst Ephraim Lerkin ran 49.15 seconds in Townsville on Saturday. Peniel Joshua and the cream of the high school talent from East New Britain will also be in the mix.

Toea Wisil arrives in Lae on Thursday in the best form that she has ever been in whilst competing in PNG. After clocking a seasons best 11.41 seconds on Saturday behind Melissa Breen in Townsville, Wisil equalled her best ever time of 11.40 seconds in a second race with Breen on Sunday. “The Lae track is known for producing fast times said Athletics PNG President Tony Green so if the running conditions are favourable, Mae Koime’s national record of 11.37 will be under serious threat this weekend”