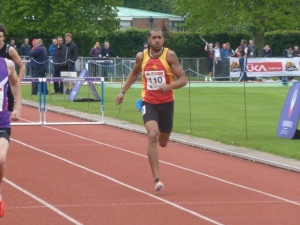 Toea Wisil and Mowen Boino head to Moscow on sunday evening for the IAAF World Championships which will be held from August 10 to 18. The pair both qualified for the Championships by winning their respective events at the Oceania Championships in Papeete , Tahiti early in June this year.  Vanuatu based Boino produced an outstanding performance of 51.97secs to win the 400m hurdles event which was his first race since July 2012 when he was in the UK in the build up to the Olympics. Since winning the Australian 100m title in April , BSP Brand Ambassador Wisil has been training in Brisbane but with the Australian season over and most of the top athletes in Europe there hasn’t been much good competition. Following the World Championships Wisil will return to Brisbane to continue her preparations for the Pacific Mini Games whereas Boino will come to Port Moresby for his final preparations.