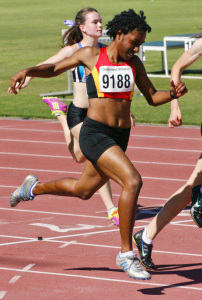 With the Indoor Season underway in North America , the five PNG athletes based in Iowa have already had a number of races. Five athletes have also been in action in January in Brisbane -  See how they are going by viewing the 2013 Ranking lists. Due to the large number of competitions conducted in PNG towards the end of 2012 , the final ranking lists for last year are still being compiled. Check back again here soon to view the 2012 Ranking Lists.