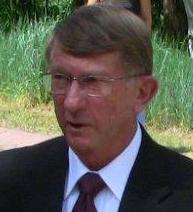 Former long term PNG Resident Tom Brandt will be in Kokopo  for the PNG Games later this month. Brandt who left the country in 1990 for Queensland is currently the Manager of the Track and Field facility at the University of Queensland represented PNG in the marathon before becoming a successful coach in the 1980’s. Based at the National Sports Institute in Goroka he coached the likes of Takale Tuna , John Hou , Elanga Buala  Ferdinand Nongkas, Tau John Tokwepota  and many other successful PNG representatives.

Brandt will attend the Games to operate the Photo finish system at the athletics competition. He will be accompanied to Kokopo by Trish Kinnane who will manage the computerised entries and results system. Kinnane herself is no stranger to PNG, having visited the country many times, accompanying students on cultural visits. She has managed many Australian teams to overseas meets and has been involved in the sport for over 40 years.

Athletics PNG President Tony Green said he was delighted to have been able to secure the assistance of Tom and Trish. “Not only will they provide a most valuable service at the Games, but they will train a number of our own volunteers in the use of the photo finish system and computerised results system”. He thanked the Host Organising Committee for procuring all the necessary equipment which was a great step forward for not only these Games but for Athletics in East New Britain.  “It would be very difficult to run a competition with this many athletes using a manual system said Green and the athletes will get extremely accurate timings (to within one hundredth of a second).  The athletics competition will run from 24th to 30th November.