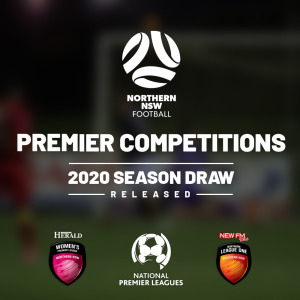 NNSWF Football Operations Manager Liam Bentley predicts some highlights for players, coaches and fans to look forward to in the New Year.

“The season looks to start with some cracking games with Grand Final rematches kicking off  all three leagues,” said Bentley.

“NPL Champions Edgeworth will host Premiers Maitland FC at Jack McLaughlin Oval, Cooks Hills will be out for revenge against Belswans in NL1 and Merewether United out to prove a point against last year’s double-winners New Lambton in WPL.

“We also hope to replicate the drama of last year’s final matchday with all Final Rounds in respective leagues being played being played simultaneously.”

All three competitions will experience a revamped finals series which will increase the importance of every match.

Again, NNSWF is pleased to partner with Bar TV to stream all NPL NNSW first and reserve grade matches alongside selected matches of  Herald WPL.

”By coupling Friday Night and Saturday matches in 2020 we aim to bring our top level football to more spectators in 2020,” concluded Bentley.

All Premier Competition’s draws for 2020 can be found HERE