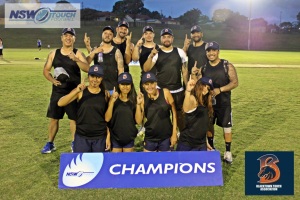 The Division 1 and Division 2 Mixed Grand Finals were played on Monday 29th February at Kareela Reserve in Doonside. This season was the first time Blacktown Touch played at this venue and it provided a great location for the competition. Massive thanks to Doonside Rugby League and Doonside Cricket Clubs for assisting us in getting the competition running smoothly.

The Mixed competition originally started with 9 teams in one division. At the end of 2015 the division split in to two based on skill and competition level. The Division 1 Finals were closely contested between 4 teams. Congratulations to Touch n Go who were both minor and major premiers this season! The Divsion 2 Finals were also contested between 4 teams. Congratulations to Freezin' Hot who went home with the goods last night! The Grand Final results were:

To have a look at some photos from Grand Final night, go to our Facebook page. Feel free to tag yourself and your teammates!

I'd like to make a special mention to our Ground Manager Abbey who did a great job running the games every night as well as all of our referees (majority of whom were also players) for contributing towards the success of this season.

The details for the Winter Season commencing in May will be available shortly. We hope to see you all again for another fun season at Blacktown Touch!

To help us improve our next competition(s), could you please take 2 minutes to complete the Participant Experience Survey (don't worry, it's anonymous!). Thank you in advance! 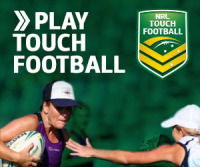 Expression of Interest to play
Tweets by @nsw_touch